Can Someone File a Medicare Lien Against Me? 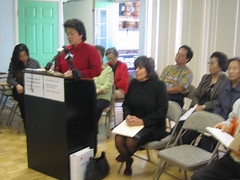 Resolving the Medicare lien is the claimant’s problem.

Resolving Medicare’s right to reimbursement of payments for medical treatment related to an injury upon which a negligence, workers’ comp, malpractice, no fault or other civil law claim has been made is the obligation of every party to the injury claim.

The personal injury claim respondent and its insurer need not worry about the Medicare lien if there is no finding or admission of liability for the injury that was treated by Medicare.

The MSP statute makes clear that the party / insurer claimed to be responsible to cover treatment that in fact has been provided by Medicare becomes primary to Medicare and thus owes reimbursement by making any payment in settlement of the claim, even if liability for the injury/treatment is never established and in fact is denied. 42 USC 1395y(b)(2)(B)(ii).

No one needs to worry about a Medicare lien unless Medicare takes some affirmation action to notify parties of the lien and requests reimbursement.

Medicare is only entitled to recover reimbursement from that portion of the settlement allocated to medical expenses.

Medicare’s right to reimbursement is not dependent on whether or to what extent there is any allocation of the settlement to various types of loss. However, Medicare does recognize allocations of settlements to nonmedical losses when payment is based on a court order on the merits of the case and will not seek recovery from portions of court awards designated as payment for nonmedical losses. Medicare Secondary Payer Manual, section 50.4.4.

Initiating contact with Medicare regarding resolution of its right to reimbursement should not be done until the claim is settled.

Resolving a Medicare lien is a multi-step process that can take months to complete and should be started well before settlement is reached.  Those steps include reporting the claim to Medicare’s Coordination of Benefits Contractor, communicating with the Medicare Secondary Payer Recovery Contractor to determine what Medicare payments were and were not related to the underlying claim and, when required, asking that the Medicare lien amount be compromised or waived in order to allow the claim to settle. In many cases it makes more sense to handle lien waiver and compromise negotiations before settlement is reached.

There is an established, multi-level review and appeal process from the determination of the amount Medicare is entitled to recover.

The new mandatory insurer reporting law requires the use of Medicare set-asides in settlement of non-workers’ compensation cases.

Medicare’s final reimbursement demand will reflect reductions in consideration of attorney fees and costs incurred in prosecuting the personal injury claim under 42 CFR 411.37 and Medicare has a process for waiving its reimbursement or compromising the amount of its recovery depending on the individual facts and circumstances of the case. 42 CFR 411.28; 42 CFR 401.613

Attorneys representing parties to personal injury claims don’t have to worry about penalties or sanctions directed at them if their clients don’t comply with Medicare reimbursement and reporting requirements.

CFR 411.24(g) makes an attorney who receives funds from a primary payer liable to reimburse Medicare conditional payments.  The federal courts have recognized the attorney’s obligations and liability for payment to Medicare when reimbursement requirements are not met. U.S. v. Paul J. Harris, 2009 WL 891931 (N.D.W.Va.)

Attorneys have an established obligation to Medicare and May 2009 amendments to the federal False Claims Act create the opportunity for expanded sanctions against attorneys for failing to comply with an obligation owed to an agency of the federal government.

Medicare reimbursement requests only include payments made by Medicare that were for treatment related to the injury involved in the underlying personal injury claim.

i think my parents are lying to me.

i already have orthodontic plates, but i’ve had them for 4 years and worn them every day, but they haven’t done much.

does anyone know
a) how i can convince them to let me
b) does medicare cover the cost, if so how much of the cost?

Answer by diggitystud m
Your parents are right. Medicare is a government program that entitles people 65 and older to certain health care like hospital bills, drugs, and so on.

So unless you are 65 or older you are not elligable for medicare.

You and your friends could be confusing medicare with medical insurance which is a totally different matter.

Give your answer to this question below!

This entry was posted on Sunday, December 19th, 2010 at 1:37 am and is filed under Medicare. You can follow any responses to this entry through the RSS 2.0 feed. You can leave a response, or trackback from your own site.

2 Responses to “Can Someone File a Medicare Lien Against Me?”